Know Your Enemy - The Outlanders

Life has adapted to the unforgiving conditions of the post-apocalyptic Earth, but not all are friendly. Many, like the Scourge, are very hostile. The Outlanders are one such group you need to be wary of. You will want to take note of their various strengths and weaknesses to ensure a successful mission. Here’s what you need to know about the Outlanders.

Mother says: “Having survived on the surface, you'd think the Outlanders would appreciate what little technology survived annihilation. But instead what do they do? Make hats from it? Wretched brutes and cannibals, nothing more. “

Descendants of humans who remained on Earth, the Outlanders are a hostile enemy faction found across the bitter tundra. They have managed to adapt to these harsh conditions: finding shelter in fortresses and outposts across the surface, defending themselves against threats with improvised weapons, and keeping themselves nourished… by eating their own.

Several classes of Outlanders exist, each with different hierarchies, varying in strength, size, and weaponry. Be on the lookout for them throughout your mission – you never know what surprises lie in wait and what rewards you may reap from them. 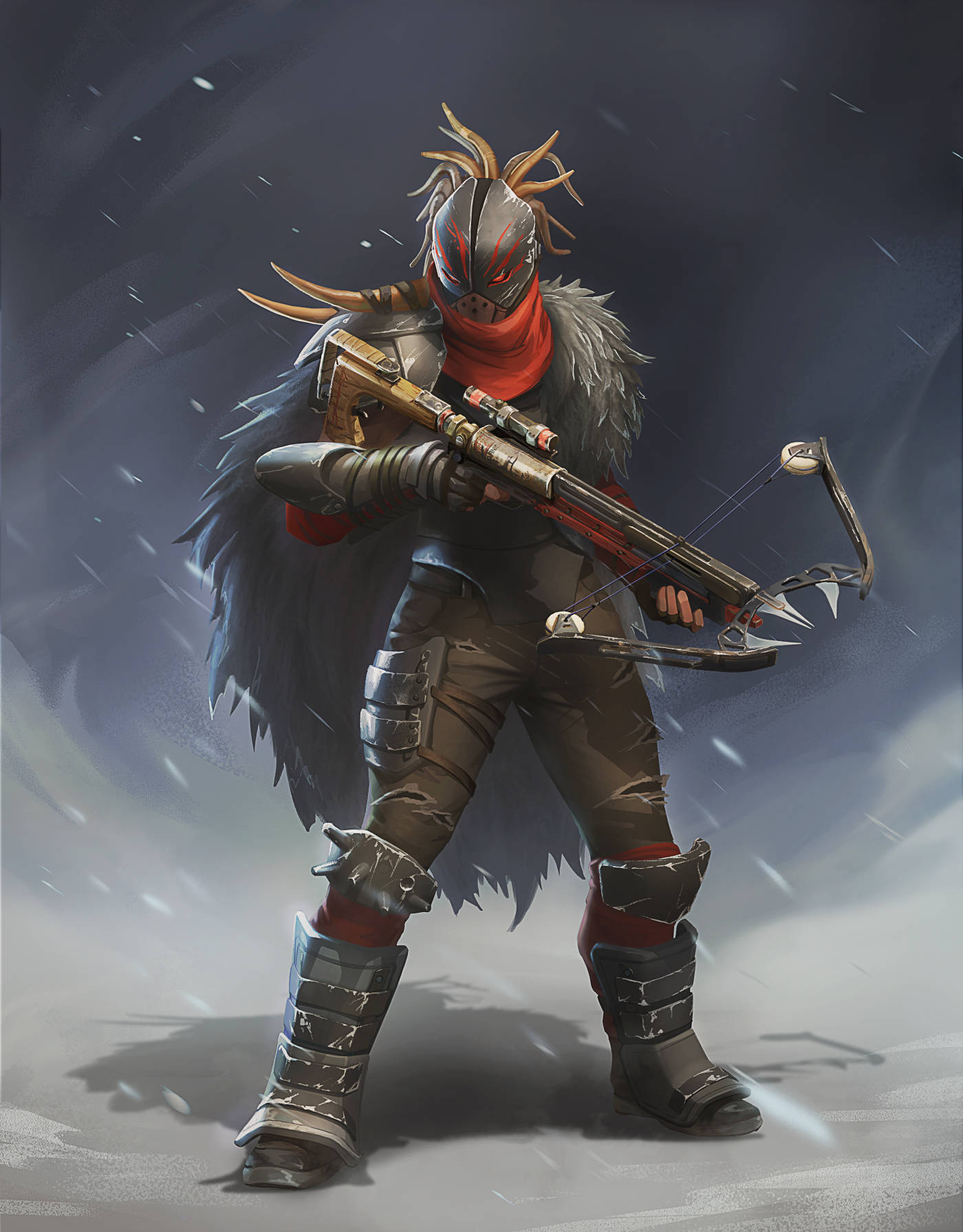 The Sniper-class of the Outlanders, the Deadeye is equipped with a scoped crossbow that enables them to keep invaders at bay, no matter the distance. In melee range, they use the bow to swipe at their enemies. Some Deadeye can be found perched up high on sniper nests, making it impossible to hit them at melee range.

The Deadeye can be lethal if not dealt with immediately, as they have a high output and do moderate damage. If you or a fellow Explorer gets hit with a few shots that seem to be coming from nowhere, look above – there may be a Deadeye hovering above!

The Deadeye Elite is similar in behavior and strength to their standard Deadeye cousin, with one slight advantage – they have modified their scoped crossbow into a repeating one. While the range isn’t as great, they can fire more shots, all with ease.

The Mauler is a melee Outlander, easily recognized by their speed and weapon of choice - a flaming bat. As soon as a target has been spotted, the Mauler sprints into combat. While they have a helmet, they aren’t equipped with much else. With the helmet destroyed, the Mauler can be easily defeated so use this weakness to your advantage.

The Elite Mauler on the other hand is heavily armored, but slow. Their choice weapon is a two-handed maul, which they inflict heavy damage with. Keep your distance, shoot off their armor, and eliminate them before they get close.

The Overseer has earned his place through strength and brutality and is skilled in both ranged and melee combat. Due to his high health and armor, it is unwise to face him alone. Destroy his armor to land successful hits, then attack with your entire team and overwhelm him with superior numbers.

More powerful than the standard Overseer, the Overseer Elite is the most feared and respected ranged fighter on the field. He is adorned with metal-plated armor and spikes and wields dangerous highly-coveted weaponry. Like the standard Overseer, he is at his weakest when overwhelmed, so do not engage him alone - your strength will be in numbers here.

Making up a large concentration of the Outlanders, Reavers can be spotted everywhere, whether it be at a small camp, fortress, or out in the wild.

Reaver Victuals find themselves at the bottom of the Outlander chain, in charge of securing the frontlines while the others attack from afar. They are the last to be fed, clothed, and armed, have no strengths, and very low health. They’re also most likely to become other Outlanders’ main course - a harsh reality for these occupants of this apocalyptic world. They are ready for ranged and melee combat. Aside from their low health, they are vulnerable to head-shots so if your aim is good, make the most of it.

The standard Reaver shares some similarities with their weaker counterpart as they are also versed in ranged and melee combat. However, unlike Victuals, they also possess sticky grenades, some armor, and a helmet, making them slightly tougher to take down.

In some fortresses, you may find a Reaver delivering heavy blows in your direction from the safety of an armored pillbox. Known as Reaver Sentries, this ranged attacker needs to be dealt with as quickly as possible. Luckily, they are immobile, and they’re unable to avoid something as destructive as a grenade or an exploding gas tank. Keep an eye out for those in the surrounding vicinity and exploit them.

Unlike the rest of the Reavers, the Reaver Elite has no particular weaknesses and is well-equipped to handle upgraded Explorers. Out of all the Reavers, this heavy ranged attacker with an offhand melee will pose the most trouble for you. They are more armored, tactical and accurate than the standard Reaver. Like the others though, they are also equipped with a sticky grenade.

The quickest and most cunning of the Outlanders, the Ripper is a melee fighter you do not want to mess with unprepared. They attack in the blink of an eye, landing heavy blows before you know it. While their speed can be frightening, they only wear light armor, leaving them vulnerable to attacks.. Taking them down as soon as you spot them will make your life easier overall.

A slight upgrade from your standard Ripper, the Ripper Elite is armed with a helmet and a two-handed melee weapon, but don’t expect it to move any slower because of this. Its weapon of choice, the Chainshark, is slow but deals heavy damage. You may want to stay far away from this one.

Shrykes are another common sight among the Outlanders. They are long-ranged, fast attackers usually found lurking in the back, on high ground, and with a bow in hand. Their sole purpose is proving their worth and those that succeed are promoted to Elite and gifted the highly-coveted Crimson Goggles.

Shryke Elites share many similarities with their standard counterparts but come with more accuracy and toughness. 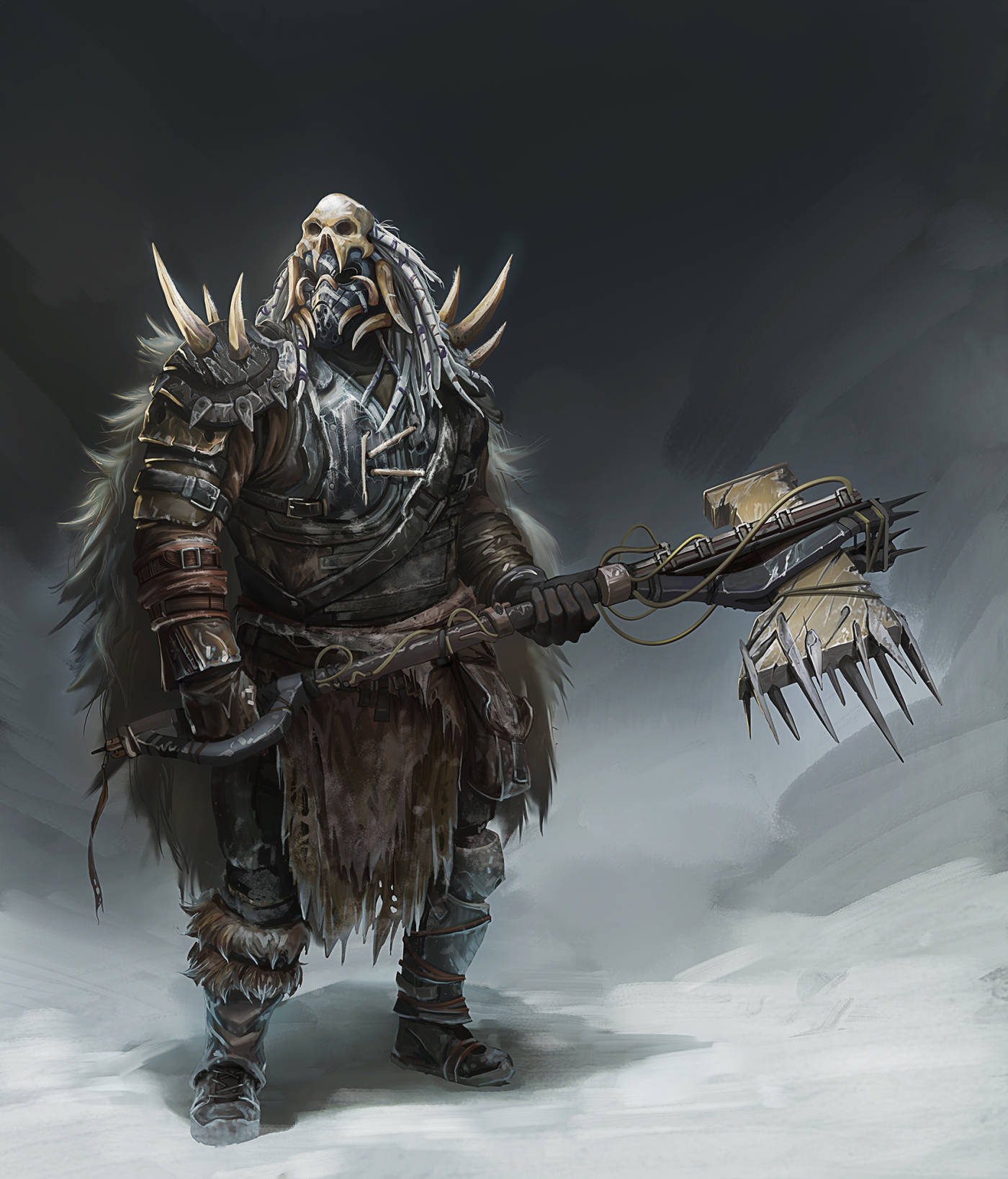 The toughest of Outlanders, the Warlord is a large and imposing Outlander, equipped with a large hammer that can crush foes with a single blow. Heavily armored to the point of deflecting bullets, engaging with him solo is a death sentence. You have been warned.

While the Warlord may command his forces from the back, he will rush to engage his enemies. He deals extreme close-range damage, has the ability to knockback vehicles, and has a ranged concussion blast. While all of these factors are good enough reasons to run rather than fight, the Warlord does have a weakness - he is narrow-sighted. Make sure you are properly geared, stick close to your teammates, and you just might take him down.


Do you think you’ve learned enough to defend against a squad of Outlanders? Are you ready to take on the Warlord in exchange for a generous reward? Share your strategies with us on Discord!

Let’s talk about keys, game lobbies, and how much we appreciate you