As we head into March, our team is busy working on all the things we mentioned in our last major blog update, and then some.

Here’s a little update on some of the progress we’ve been making and some of the changes you might see the next time you venture back into the cold wasteland... 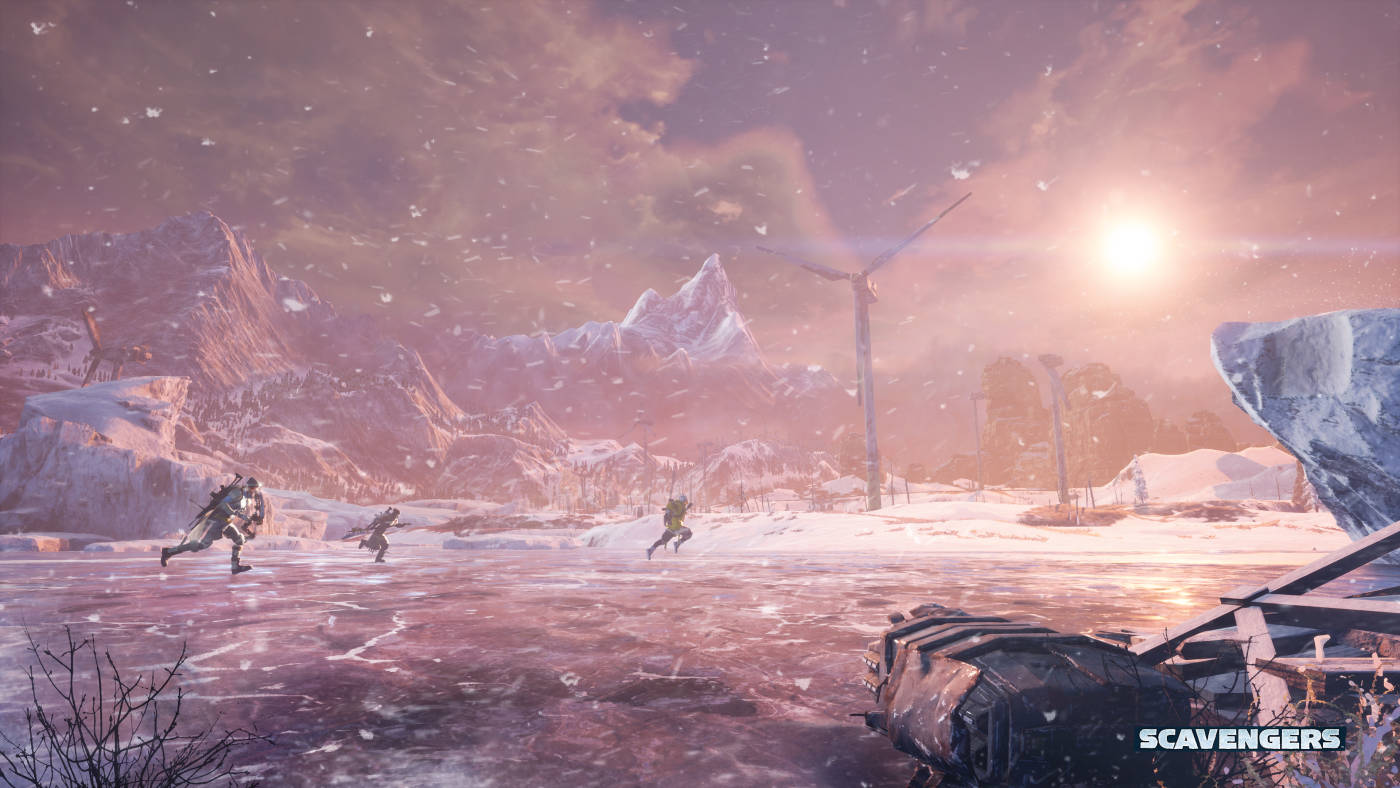 A big focus for us recently - and which Explorers will notice next time they’re in the game - is the change to the minimap radar scanner.

Previously, the radar sent out a scan that picked up all nearby opponents. Now the scan is motion-based. This means that adversaries will only appear if they are moving in the open. They will not show up if they are:

There are some exceptions to the above, including making noise, so firing a gun will still reveal your location, regardless of other factors, for example. Another new change is that players in vehicles have no radar - the "red blips" don't appear. The electromagnetic drive system of the hovercar messes with the radar, so bear that in mind if you opt for a fast getaway!

We’re very excited about these refinements to the scanner. They open up a whole new range of stealthy, sneaky tactics for players looking to take advantage (or disadvantage!) of the opposition and situations. Start thinking about ways you can utilize the scanner, next time you’re back in-game.

During Closed Beta, we saw many comments around how matches with fewer players led to a limited gaming experience. Thanks to this feedback, we’re now working on improving the balance of player numbers and the match experience, with dynamic playspace scaling.

What does this mean exactly? It means we’re working specifically on density, and making sure that the size of the map is right for the number of players in the match. There are multiple benefits to this, but the key ones are better player density, more enjoyable matches and shorter queue times. Additionally, because the available playspace is randomized from match to match, it also makes the sessions more varied, creating better player experiences overall.

Alongside this also comes improved match-making, which we’re refining to make it easier to find matches and then to get into a match much faster. We’re also tweaking to create better and more flexible match times too. We’re aiming to have sessions running between 20-30 minutes, depending on conditions on the ground and the many variables found in the game. 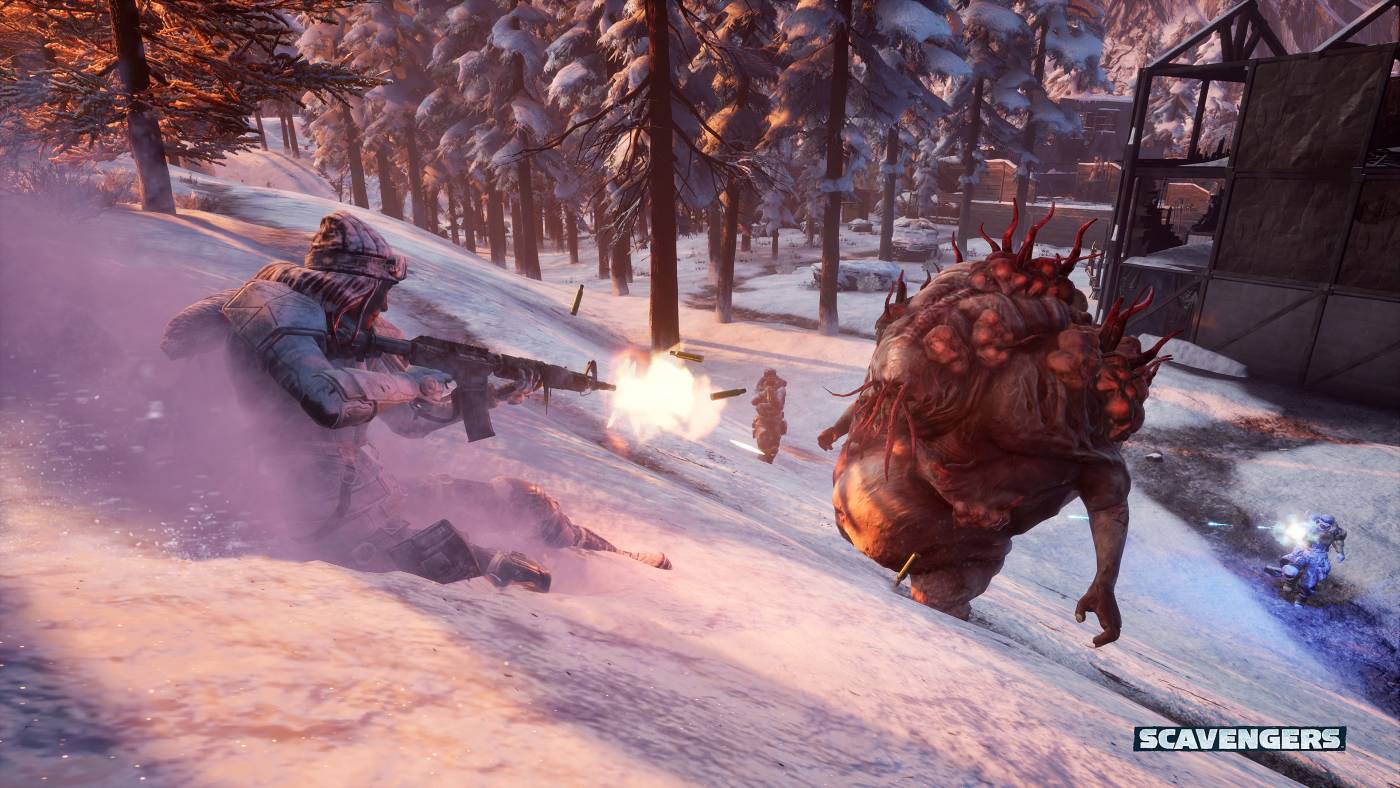 An ongoing and important focus for us is finding the right balance of gameplay between PvP-seeking players and our more PvP-avoidant players. We’re always investigating tools that enable more strategic counter-play - a concept we call “Information Warfare”.

It might sound quite mysterious right now but don’t worry - we’ll explain more about it in an upcoming special dev blog, where we delve more into our design values and the thinking behind it. Stay tuned!

During Closed Beta, we also saw comments and suggestions around leaderboards and player progression, which has given us plenty to chew on. We understand that both are crucial to keeping that exciting, competitive edge to Scavengers, as well as ensuring that players get to progress in a satisfying and rewarding way.

We’re working on giving players short and long-term goals throughout Scavengers and we’re working on a new set of leaderboards. There’s the in-match leaderboard, which shows everyone’s scores during the match, but there will also be a new, additional leaderboard. This new leaderboard will appear in the lobby, and will display high scores, across a handful of metrics, as well as the top scorers from each of those categories. An example category might be “Most Data”.

This potentially could shift the dynamic and styles of gameplay for players who were looking to dominate the leaderboards.

For progression, one of the many things we’re developing is to fold the talent system back into the flow of player progress. 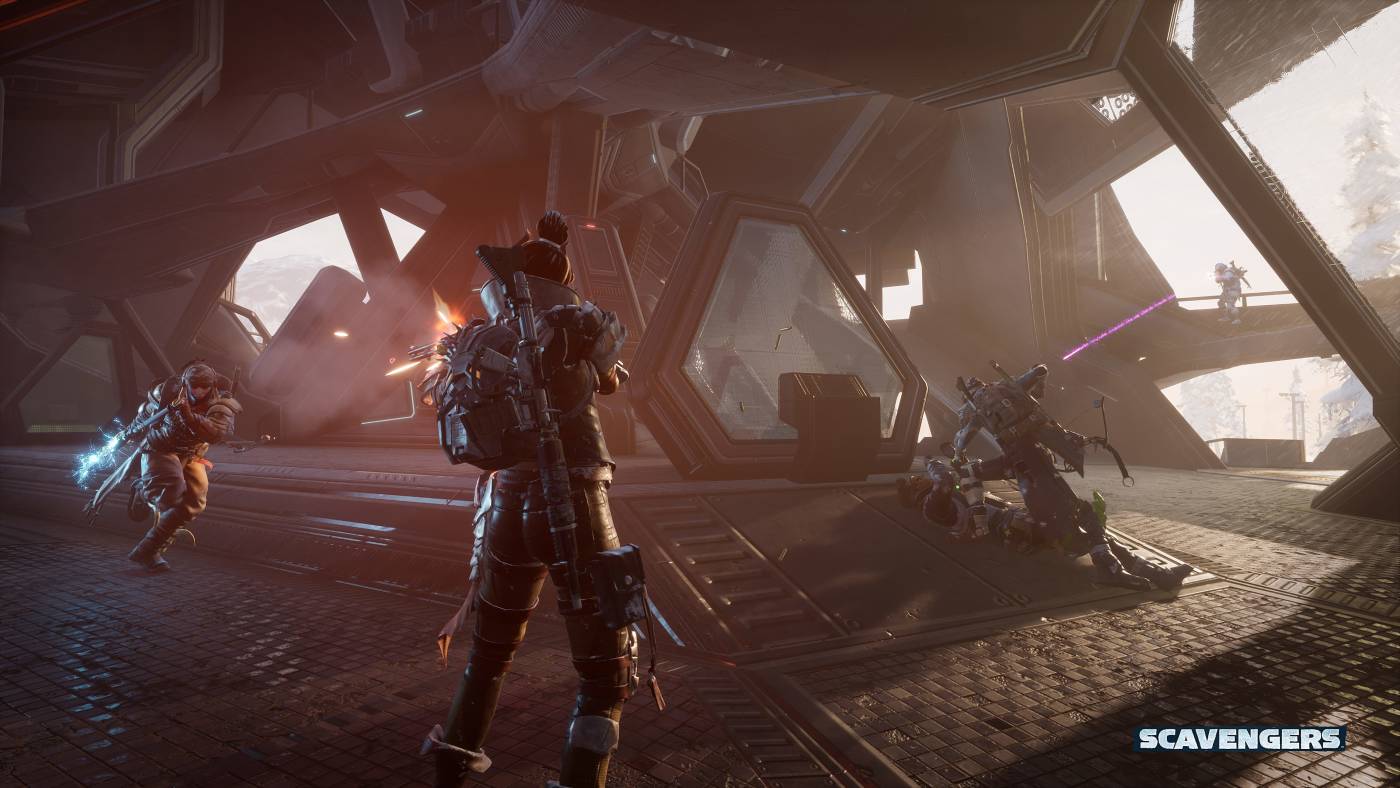 Overall, it’s a busy time for the team as we ramp up towards March, and we want to just take this opportunity to say thank you - to you, our community - for being so patient and waiting it out with us. We really appreciate it, and we’re looking forward to when we can get you all back in-game!

While we can’t give an exact date of when our servers will be online again, we hope to share more information about Scavengers with you over the coming weeks - starting with our previously mentioned special dev blog on Information Warfare.

Stay tuned for this and more. In the meantime, don’t forget to keep your questions coming in to be featured in our Questions of the Week!

Questions Of The Week - 1

You ask the questions, we answer them. Welcome to the start of our Questions of the Week!