Know Your Enemy - The Scourge

It's been a long time since the apocalypse devastated the Earth, permanently changing the landscape. Now, it’s time for you to venture back down to the frozen wasteland on your mission to gather data for Mother. She expects success and victory from all her Explorers.

Despite the harsh, icy conditions of the ruined planet, some life forms have survived… but not all are friendly. Learn to identify and defend yourself against the many dangers waiting for you, and you will be a step closer to a successful mission. Here’s what you need to know about the Scourge.

Mother says: “The Scourge is an extra-galactic agent with a remarkable ability to remake organic matter - especially mammalian. Would that I had more insight. I suppose that's what you're here to help me with?”

The Scourge now infect the barren, wintry lands and as their numbers multiply, so will the threat they pose to all Explorers, if not all humanity.

Coming from outer space, the Scourge virus quickly spread, poisoning whatever it touched. The virus begins by attacking the central nervous system of the host body and eventually results in the reshaping of the host’s biological matter.

Progression of the Scourge infection, from human host to Thresh

Four classes of the Scourge exist and their forms, strengths, and abilities vary from one another. Make note of them all.

Thresh make up for the majority of Scourge encounters that you may face. Unlike other Scourge, the Thresh still retain some of their human form, albeit quite a distorted one. A few variations exist, each more dangerous than the next.

Sickly Thresh may be a bottom-tier enemy, but this doesn’t mean you should drop your guard. While weaker than their other Thresh counterparts, these extremely fast creatures are dangerous in large numbers, easily overwhelming any unsuspecting prey.

The standard Thresh is tougher, and thus more dangerous than the Sickly Thresh. These front-line attackers also have the ability to perform a leap attack, which can quickly turn a situation sour if you don’t keep an eye out.

Extremely deadly to the unaware, a Volatile Thresh will attempt to end their lives when prey is nearby. Get too close and they will explode, causing high damage to all nearby Explorers, and unleashing a miasma toxic cloud that lingers long after they’ve expired. 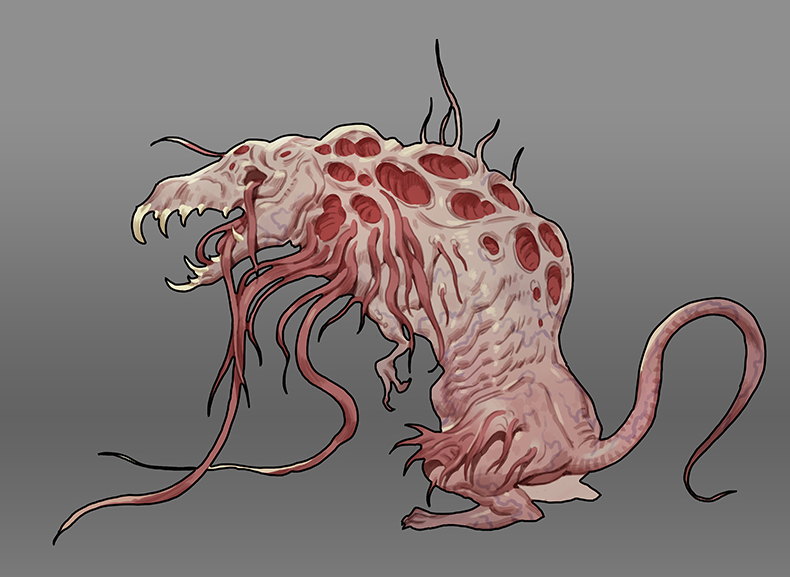 The Shrill are patient, living alarms. When in danger, they will howl, alerting nearby Scourge to their location. They also bite! Always be on guard when approaching crystal formations, especially the larger ones – the Shrill are often found nearby. 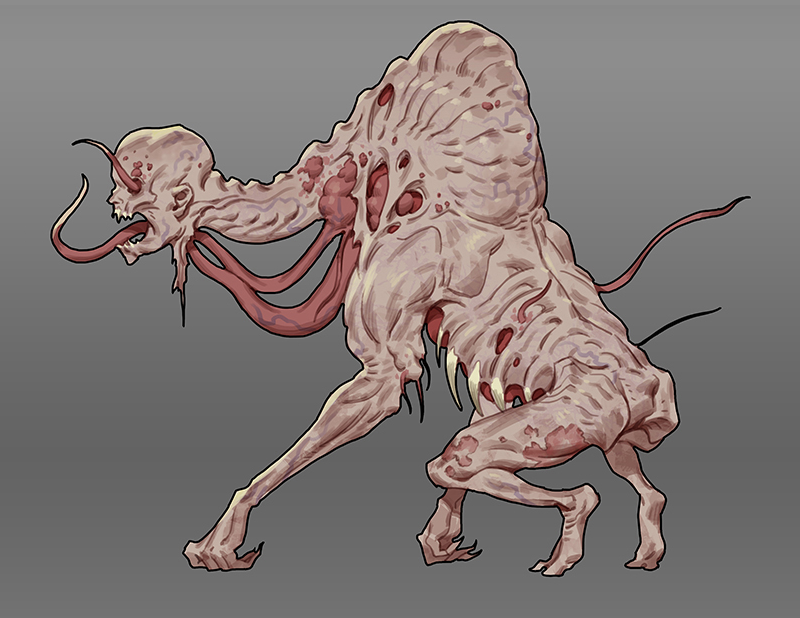 Unlike other Scourge, the Retch would rather stand on the fringes of combat. They leap on all fours to high ground, avoiding close combat with their prey, and will only attack once they are far enough away. From this distance they fire sticky goop, leaving victims slowed and vulnerable to another attack.

You can easily spot when a Retch is about to attack. Standing on its hind legs, the Retch takes a moment to regurgitate its goop, revealing its belly – a weak point for you to target. 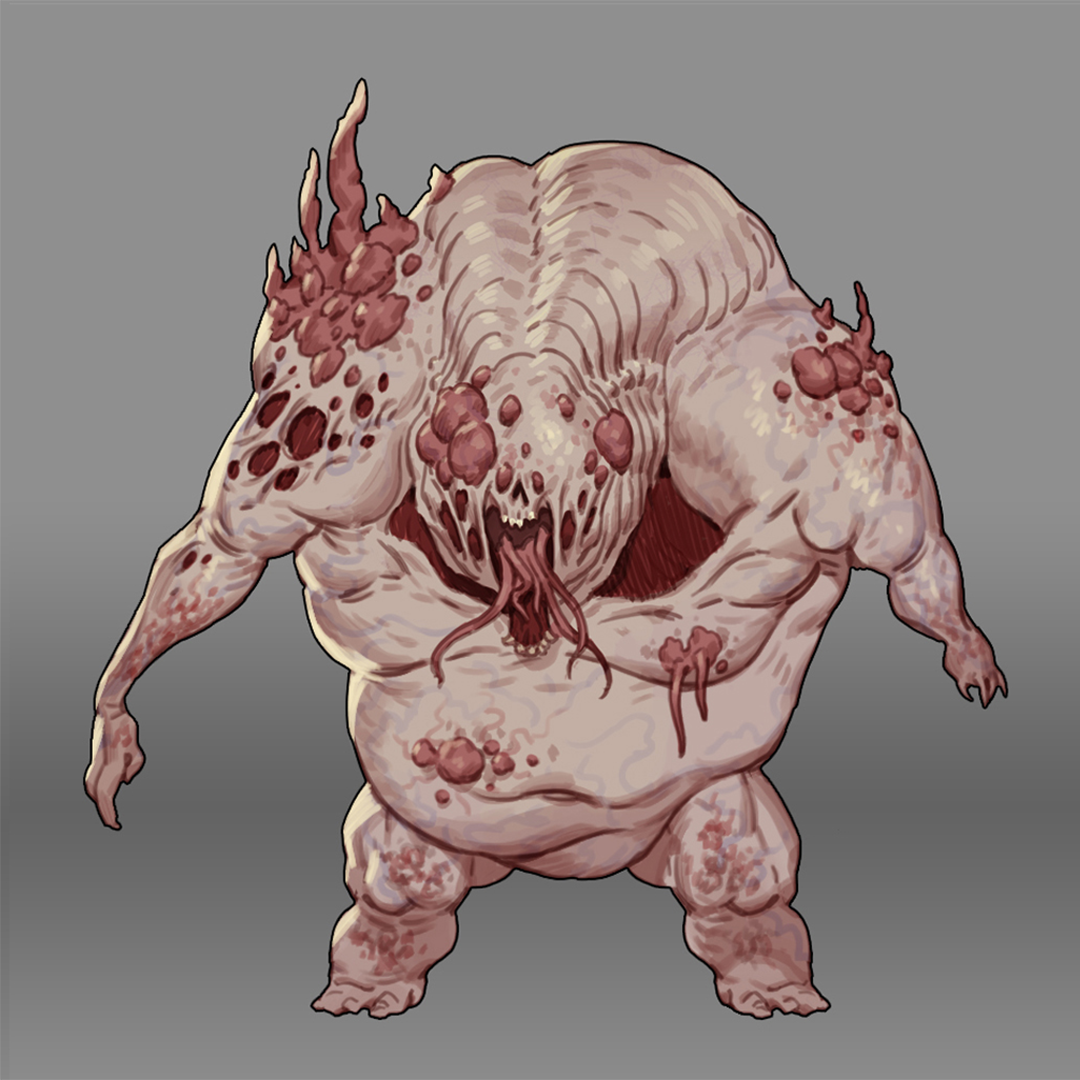 Bloatbiles are easily recognized by their large, bloated appearance, and their slow movements. When engaging with one, it is important to keep an eye out for their ranged vomit attack, and the toxic gas it surrounds itself with.

If close enough, Bloatbiles will also unleash heavy melee attacks, so keeping your distance is key. Run if you notice a low health Bloatbile near you! They will explode, heavily damaging anyone nearby.

If you are unlucky (or lucky? You decide!) you may encounter one Bloatbile unlike the others. Her name is Sluka, and she is a dangerous evolution of a Bloatbile. Sluka may randomly appear during a match, so pay close attention to your mini-map. Defeating this fearsome boss comes with a hefty reward!

Sluka is enormous and extremely tough, dealing even heavier melee damage to anyone who dares come close. In addition to the cloud of toxic gas that surrounds her, and her vomit attack (which also slows victims down), Sluka has a few more unpleasant tricks up her sleeve.

She can be quite fast, with her bull rush ability enabling her to close the gap between her and her prey. When attempting an escape, running is better than driving, as she can also knock back vehicles.

Sluka also has the ability to regurgitate Thresh too, which can easily overwhelm an underprepared team. Make sure to down her as soon as possible, and get clear of her swan-song explosion!

Which of the Scourge roaming the embittered, chilling world of Scavengers do you fear the most? Or, do you have strategies already lined up to take them down? Join in the conversation on Discord and let us know!

The team answers your questions on cosmetic items, how Scavengers was named, and who is their favorite Explorer!