We’re excited to release our latest game update and hope that you’ll enjoy the changes in Scavengers. Check out all the new in-game updates that are coming tomorrow!!

With this update, we’re adjusting the Respawn system to include a Backup Clone item that stores extra lives. This item has its own dedicated slot, and can’t be dropped or lost.

You can find all the details around the new Respawn system, including future work, in our recent blog.

We’ve made a minor improvement to item swapping to make it easier to pick up a new item when your Inventory is full. With a full Inventory, you simply need to pick up an item and it will automatically be swapped with your active item. 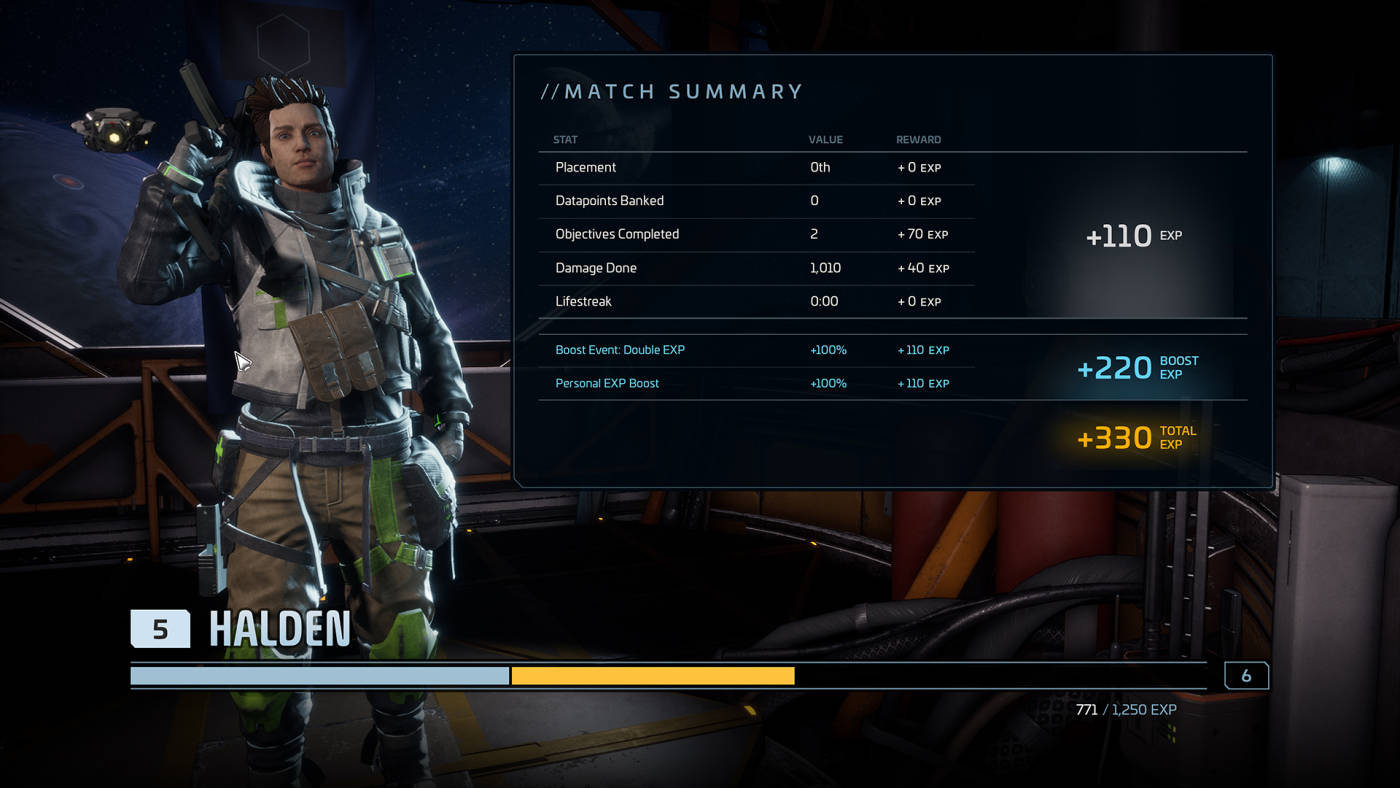 With this update, the Match Summary will separate your base EXP from any EXP gained through an in-game event or EXP Boost. This should help clarify how you are earning EXP in each match.

We’ll continue to adjust and expand our Challenges, to provide players with different gameplay opportunities. We've added some new challenges that focus on finding and using the variety of weapons in the world of Scavengers. You'll be rewarded for dealing damage with weapons in the following classes, so get out there and try out all there is to offer!

We did a weapon tuning pass, to re-balance many of the weapons in Scavengers.

The following weapons were adjusted:

We look forward to working with you as we continue to refine and improve Scavengers together. Please join us on Discord to share your feedback and chat with fellow Explorers!!

Learn more about the resurrection changes coming in our next update!