In Scavengers, you’ll choose from a roster of adaptive characters, allowing you to arm up with a combo of unique abilities and weapons as you stake your claim in the frozen wastelands.

Many of you may already have your favorites and know exactly what they’re capable of, but if you’re new to the game, here’s a quick intro to (plus an early concept-art look at) the Explorers tasked with saving humanity... 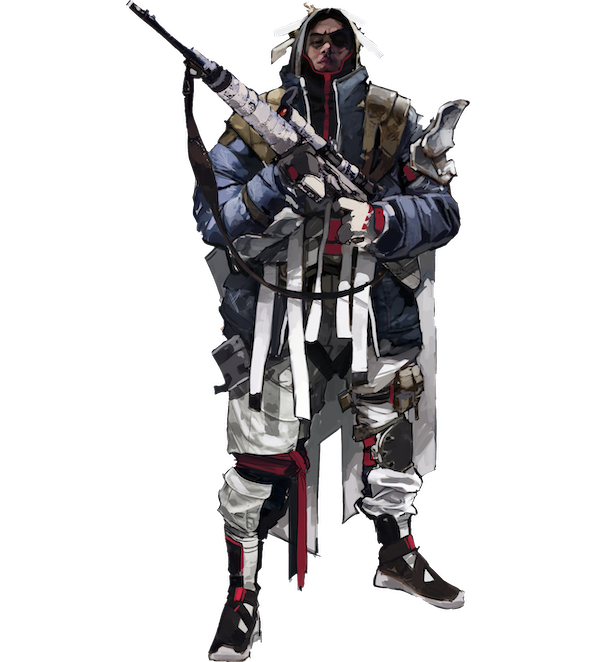 Mother says: "Among the Explorers, I’ve found Tarik to be perhaps most logical. They have a gift for analysis that I do appreciate if I’m being honest."

Tarik is known to be the analytical type, which Mother greatly admires.

Tarik’s well-prepared Stun Traps can leave enemies dazed, confused and slow - players and AI alike. The Stun Traps trigger on enemy proximity so tactical use of this ability lets Tarik not only lure unsuspecting opponents to their misfortune but also gives their team more than enough time to land a shot or two.

And for all those sniper enthusiasts out there, it’s worth noting that Tarik’s Longstriker is one of the most coveted weapons in-game and can be quite powerful if used well. 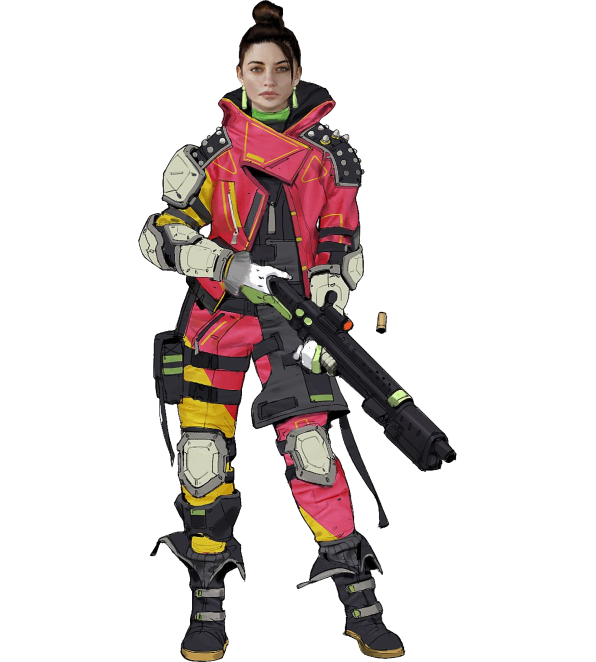 Mother says: "Valora is quite capable but… how shall I put this? She would benefit from more readily accepting guidance."

Valora’s a benefit to any team looking for some extra backup. Sure, she may seem a little rough around the edges, but deep down she's a protector at heart.

Combining the Aegis Shield talent with her signature weapon, the Devastator, she keeps her team safe while firing devastating shots back at the enemy. The shield is stationary but absorbs incoming fire and also provides shelter from the cold, a very nifty skill to have when braving those blistering ice storms.

Be warned though, Valora’s shield fades and its radius shrinks over time - incoming damage speeds this process up faster. 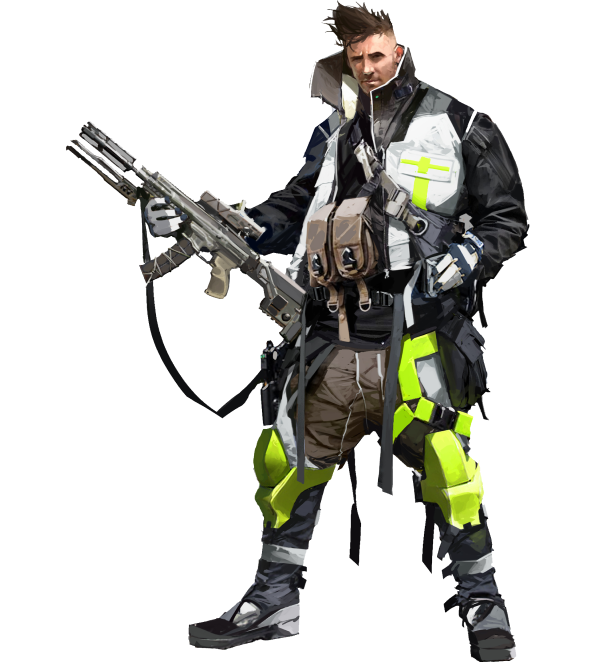 Mother says: "Halden will be happy to tell you about himself, I assure you."

Don’t be fooled by Halden’s laidback charm and easygoing manners, he takes his work very seriously. With his potent curative abilities, it’s no wonder that he’s a valuable asset to any team.

Halden’s extremely helpful Curative Aura will bring his team’s health back from the brink, which can be particularly helpful if healing supplies are low. If any members of his team have been downed, his talent will also instantly revive them - a truly life-saving ability when the squad is in deep, icy water!

A bonus consideration - if Valora is also on the team, the two can combine their talents, creating the perfect healing dome to get everyone quickly back on their feet. 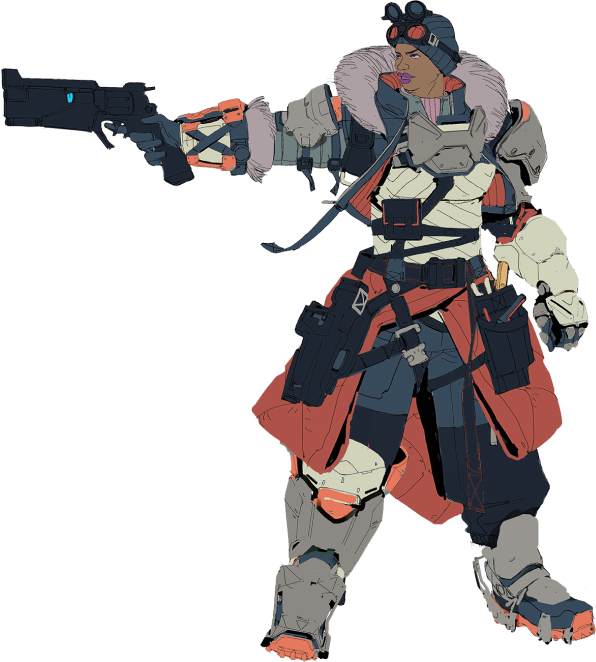 Mother says: "Darling Letty - Simply a delight to have aboard Sanctuary, and always willing to lend a hand with the upkeep of the place. What would we do without her?"

Armed with her reliable revolver, Rosie, Letty’s the one to turn to when there’s a need for crowd control and some breathing space away from fast-approaching wheels.

Her EMP Blast talent allows her to counter most enemy attacks by temporarily canceling their abilities and knocking them away. This does a bit of damage as well and allows for her teammates to recover and reposition before the enemy strikes again.

Her talent also works beautifully on vehicles, which can be quite practical if taking them down is a concern and there’s pleasure in watching them being sent halfway into orbit. Either way, Letty is always ready to defend her team of Explorers. 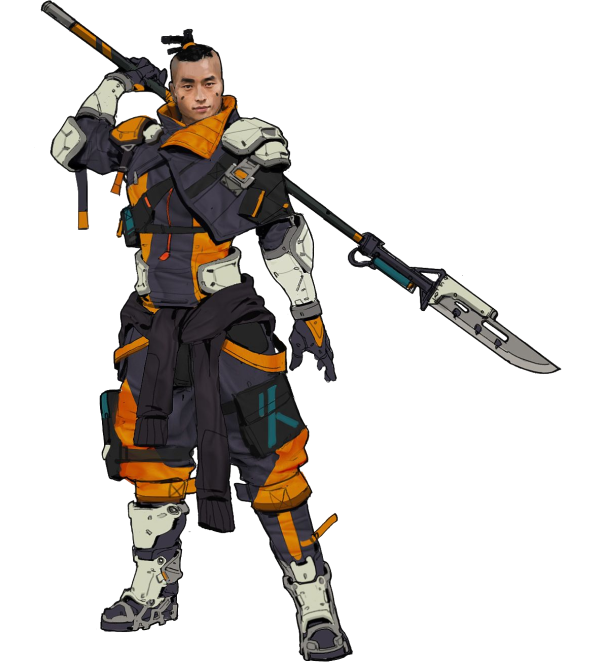 Mother says: "It’s difficult for me to understand Explorer Jae. He’s just so… relentlessly human. I’ve come to conceive of him as an overclocked processor of sorts."

Jae is a force to be reckoned with on the battlefield, and teams in need of a frontline attacker look to him.

Armed with the halberd, Maverick, Jae is an expert in close combat. His Overshield ability allows him to fully recharge his shields, even if they were broken. It also gives him additional shields - which are one level higher than what he’s already got crafted - on activation. This makes it all the more difficult for him to be taken out easily. On top of that, killing enemies with a melee weapon while under the effects of Overshield makes Jae stronger and a lot more mobile.

While Jae’s skills are ideal for those close-quarter encounters, his strength is also extremely effective in weakening enemies early on, especially against hordes of Scourge and Outlanders. Needless to say, in any tricky situation, Jae is an indispensable asset. 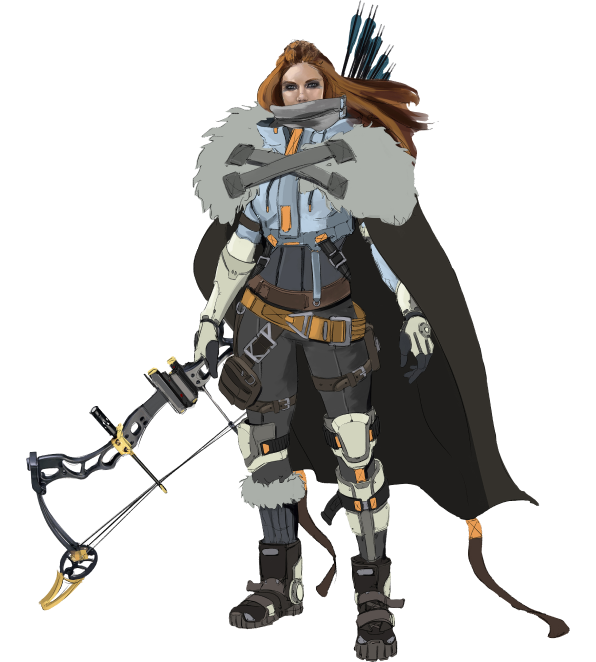 Mother says: "I rely on Kali to see the expedition through. And she does so quite efficiently."

Specializing in stealth, Kali knows how to get the job done by utilizing the element of surprise, and leaving as silently as she arrived.

Her silent killer weapon, better known as the Heartseeker, lets her easily shoot with deadly accuracy. Her Active Camo talent grants her partial invisibility, allowing her to move around undetected and making her a great scout for silent recon.

Kali becomes visible as soon as she attacks, so Active Camo is best used to sneak around or behind enemies and getting into the best position before going on the offensive. She’ll also be revealed when she’s taken enough damage, so opponents looking to expose her will keep a sharp eye out and direct their damage towards her. If Kali’s armed with a melee weapon, she’ll also be ready to strike down any threat as soon as her talent runs out! 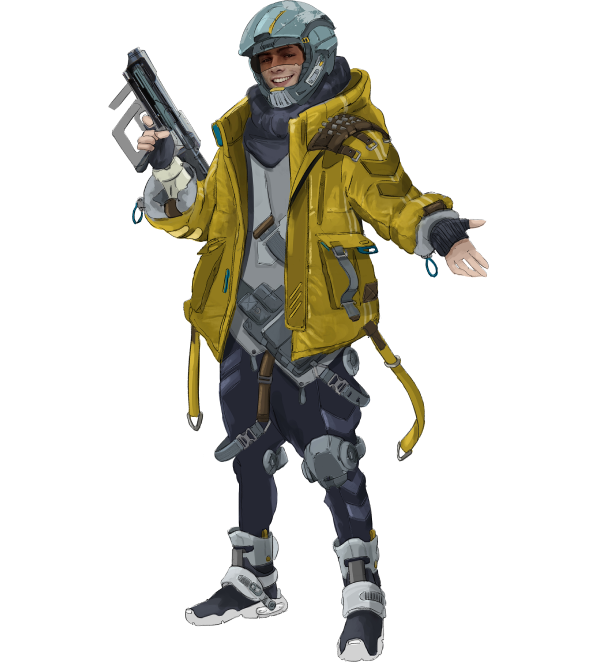 The de-facto leader of the Explorers, Cruz knows how to take charge and guide his team to victory. Usually, where he leads, others follow.

On missions, he uses Tailwind to get him and his team ahead of the game. The temporary speed boost granted by his talent not only gives Cruz and nearby teammates a head start in data and resource collecting, but also gives them the chance to escape when overwhelmed in battle.

Additionally, Cruz’s signature weapon, Cazador, is the ideal match for Tailwind. As SMGs are close-range firearms, using Tailwind enables Cruz to get in firing range to enemies in no time at all!

Which Explorer are you? Who will you be playing to score a victory for your teams?

Hopefully, with our Explorer Guide, you’ll be able to start prepping your squads for your next mission in Scavengers...

Questions Of The Week - 4

From the day/night cycle to loot and factions, the devs have the answers to your burning questions!