After the apocalypse, life adapted to the planet’s frozen wasteland. You’ve learned about the hostiles that roam the Earth - the Scourge and the Outlanders. But what about the environment itself? What about the wildlife? Remember, you can never be too prepared before starting your mission.

Home not only to the Scourge and the Outlanders, Scavengers' frozen wasteland has its share of interesting wildlife as well. Some are peaceful, while others are very hostile - especially if they’re infected with the Scourge virus!

With food on post-apocalyptic Earth being very scarce, wildlife is the most reliable source of meat. Knowing what to expect before going after them will make the difference between having a meal or ending up being the meal yourself. 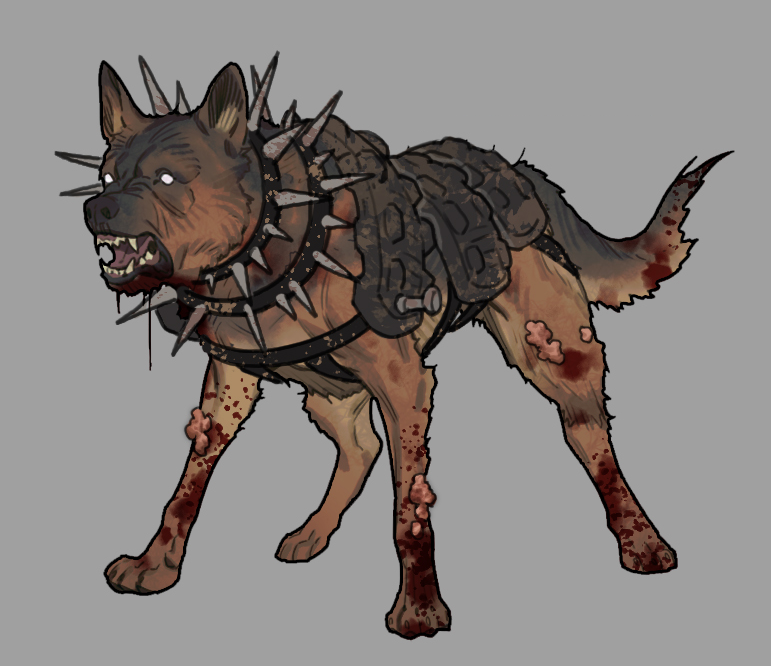 An Outlander's best friend, Mongrels are vicious canines that will defend their master from danger. As soon as a target is spotted, they will run directly towards their prey and attack. They are much faster than wolves, so be sure to take them down as soon as you can. 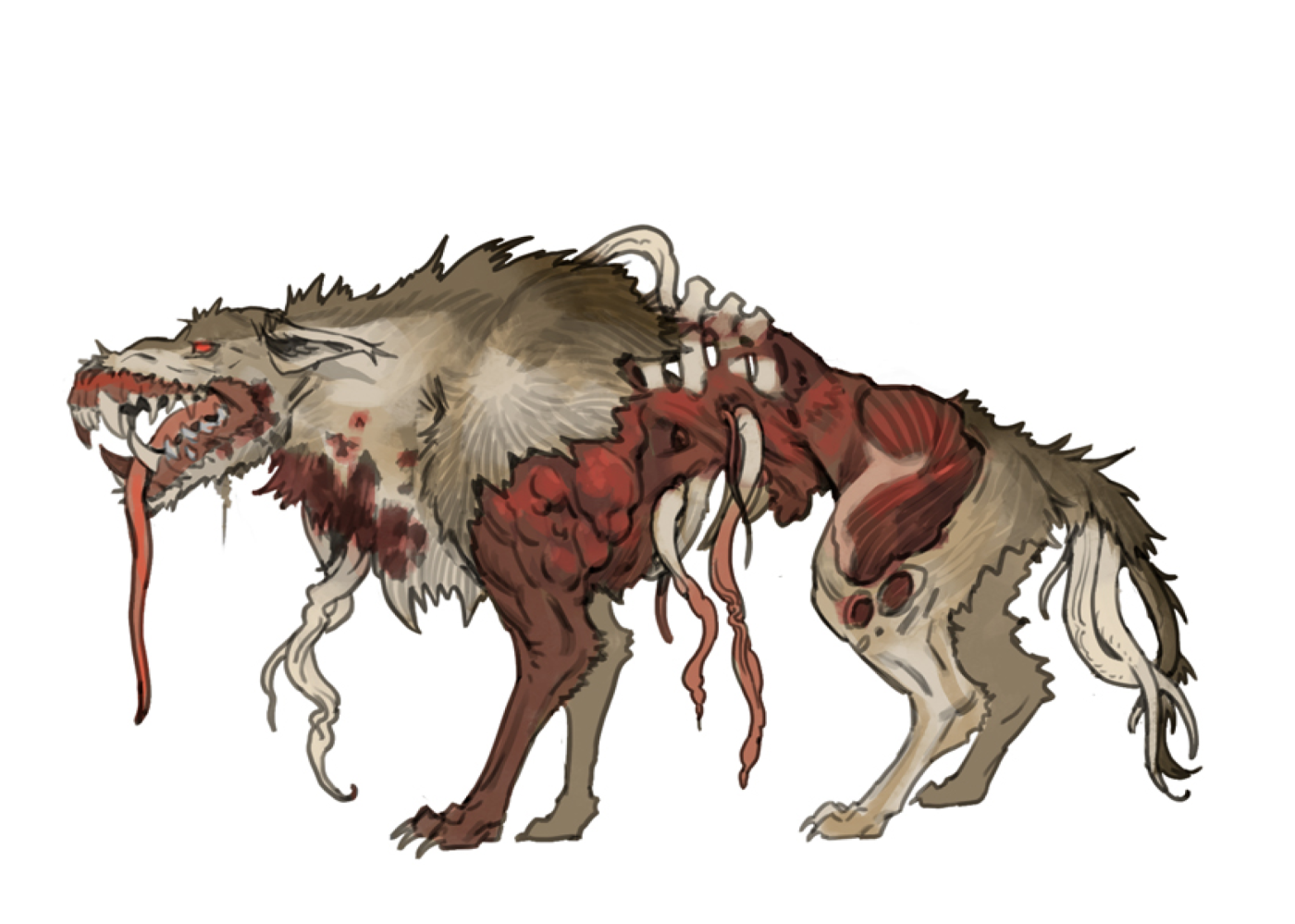 If you see a wolf, know that there may be a few more nearby. Wolves travel in packs and use flanking attacks to take down their prey.

A slightly more terrifying wolf are those that have been infected by the Scourge. These take more time to kill, so you may want to focus your fire on them first. Thankfully, wolves (both infected and not) are seen only at night, so that's one thing less to worry about when gathering data in broad daylight! 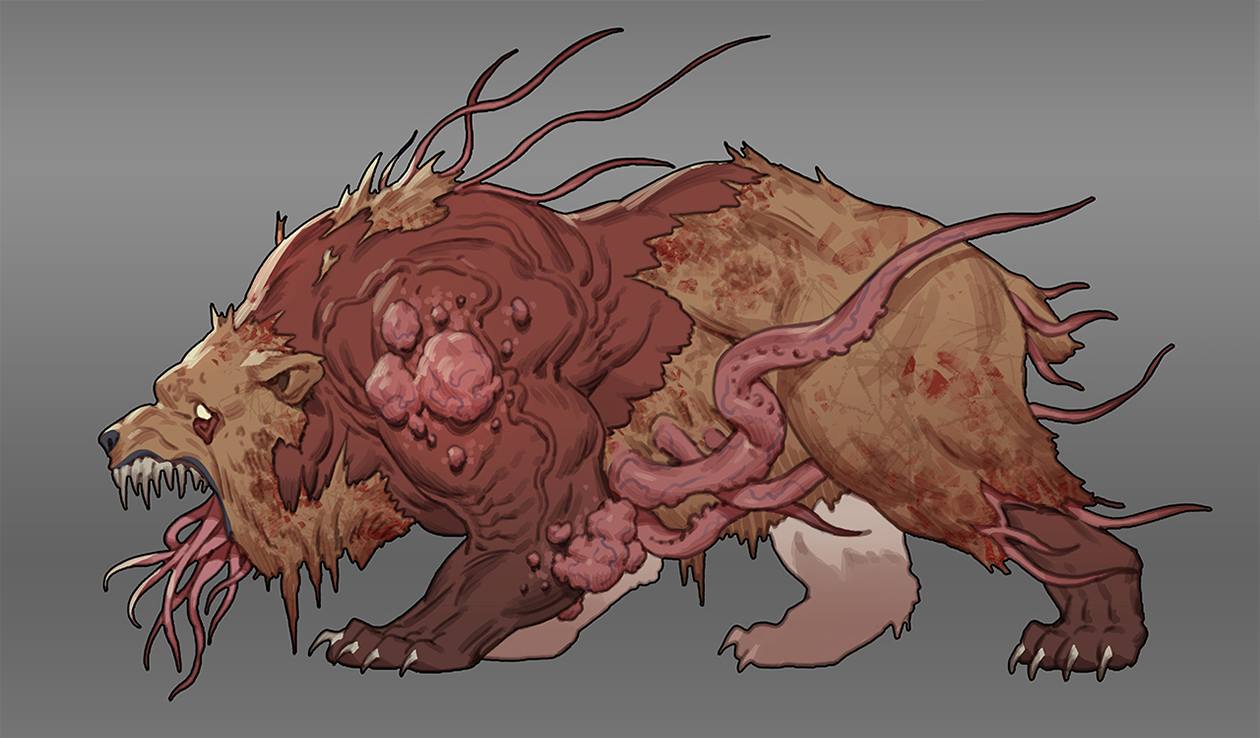 More terrifying than a pack of hungry wolves are Kodiak bears. Often spotted alone or in pairs, these bears are fast, ferocious, and require a lot of effort to take down. When challenging one, it's best to have a teammate nearby to help. Bears are quick, and their claws pack a punch. A successful kill leaves a good amount of meat, which is an incentive for hungry Explorers willing to risk the danger.

If the thought of coming across a few bears horrifies you, you may want to know that a more threatening bear exists. Recently infected, Scourge bears are terrifying in looks and strength, and are a death sentence to any unsuspecting Explorer. If you happen to spot one, make sure you are prepared to face it… or run from it.

Usually found in large groups, deer are an easy source of food, provided you have great aim and are quick enough. Deer are very fast and will run when they feel threatened. Because of this, it may take a few shots before you can catch one, but it shouldn't take long before you become used to it.

When hunting deer, it is good to keep in mind that you may not be the only predator around. Other hostiles (such as bears) also tend to go after them since they make such easy targets.

While rabbits are not a source of food, they are worth keeping an eye out for. These rarely-seen little critters drop Datapoints when killed, which may help you climb up Mother's list of favorites. They are very quick, but worth the chase.

Every Explorer knows that the most important piece of advice is to keep warm.

Earth's post-apocalyptic landscape is exceptionally cold and riddled with terrible storms, enough to cause your temperature to drop significantly. You may even freeze to death if you’re not careful! Many storms roam across the wasteland, while a larger border storm periodically collapses inward, pushing Explorers to the center of the map.

To stay alive long enough to make it to the dropship, pay close attention to your temperature bar. It’s as important as making sure you have enough ammo, food, and medical supplies. The quickest way to warm up is to find a fire or hearth. These are usually found in Outlander camps and fortresses, so be prepared to fight some enemies to get your temperature back up to safe levels. You may even find thermal boosts across the map, which can temporarily keep your temperature in check until you find a more suitable form of heat.

Storms can also be used to your advantage, masking your presence as you take down (or attempt to escape) enemies. Do not linger in them for too long though - as your temperature drops and your health bar freezes over, so will your vision. You will want to take cover inside a building, and find a heat source before it's too late.

With this in mind, do you feel prepared to deal with any threats you may encounter during your mission? Is there any piece of information that was new to you? Have any tips or tricks to share for surviving the frozen wasteland? Share your tactics with us in Discord or on Twitter!

Try out everything in Scavengers before the final wipe!